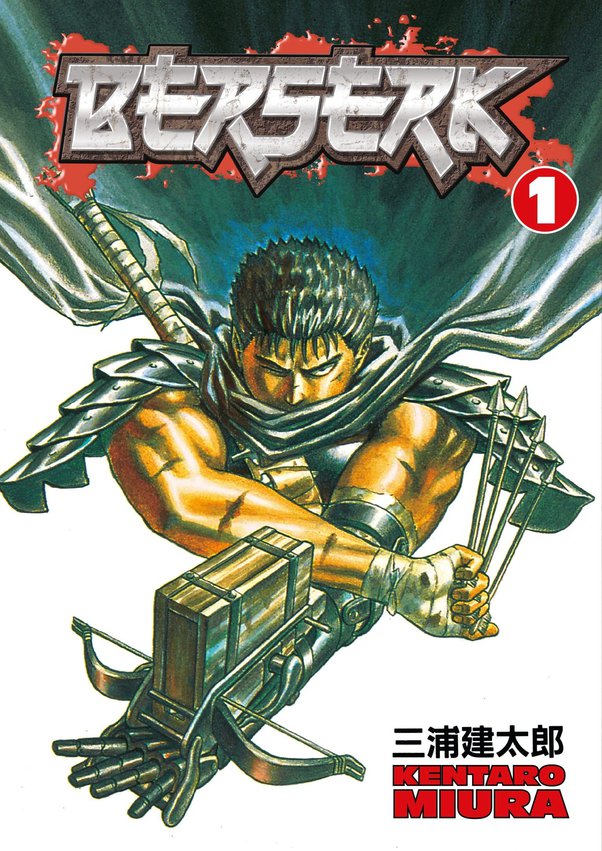 Berserk is one of the most iconic and beloved manga series of all time. Written by Kentaro Miura, Berserk tells the story of Guts, a solitary mercenary warrior who fights his way through a dark and brutal world full of chaos and despair. It’s not just an action-packed story—it’s also a deeply philosophical work that explores themes like good and evil, free will, fate, and mortality. The artwork in Berserk is truly captivating; it captures the mood and intensity of each scene with every panel. Every detail is carefully crafted to convey emotion, from the expressions on characters’ faces to the intense battle scenes. In this blog post, we’ll take a look at some of the most powerful manga panels from Berserk that demonstrate why it’s considered one of the best manga ever created.

Berserk is a dark fantasy manga series written and illustrated by Kentaro Miura. The story centers on Guts, a lone mercenary, and his journey through the medieval-inspired world of “The Age of the Hawk.” Berserk is characterized by its graphic violence and sexual content.

Since its debut in 1989, Berserk has been serialized in Young Animal, a monthly seinen manga magazine published by Hakusensha. The series has been collected into forty volumes as of 2017, with the latest release occurring in December 2016. Berserk is one of the best-selling manga series worldwide, having sold over 50 million copies as of 2016.

The story of Berserk is set in a world inspired by medieval Europe. The setting includes kingdoms that constantly battle with each other as well as monsters who pillage villages and towns. Guts is a former member of the Band of the Hawk, a group of mercenaries led by Griffith, who dreams of becoming king. After Griffith sacrifices his comrades to achieve his dream, Guts leaves the Band and sets out on his own. He eventually meets up with Casca, another former member of the Band who was raped by Griffith during the Eclipse ceremony. Together, they travel across the land while fighting off enemies both human and monster.

While Berserk is often lauded for its thought-provoking story and complex characters, it is also known for its graphic depictions of violence and sexual assault. These scenes have caused controversy over

The History of Berserk

The Berserk manga series has been enthralling readers since it first debuted in 1989. The story follows the “Black Swordsman” Guts, a lone warrior who sets out on a bloody quest for revenge against the forces of evil.

Berserk is widely considered to be one of the greatest manga ever created, thanks in large part to its masterful storytelling and incredibly detailed artwork. The series is known for its graphic violence and dark themes, which have earned it a loyal following among mature readers.

While Berserk has been praised for its mature themes and brutal action scenes, it’s also been criticized for its graphic depictions of violence. Nevertheless, the series remains one of the most popular and acclaimed manga of all time.

The Characters of Berserk

Since its debut in 1989, Kentaro Miura’s Berserk has been one of the most popular manga series in Japan. The dark fantasy series follows the story of Guts, a former mercenary who joins forces with Griffith, the leader of a group of mercenaries known as the Band of the Hawk. The series is notorious for its graphic violence, and has been praised for its complex characters and dark themes.

The main character of Berserk is Guts, a fierce warrior with a tragic past. Guts was orphaned as a child, and raised by a mercenary named Gambino. He grew up to be a skilled fighter, and eventually joined the Band of the Hawk. Guts is haunted by demons, which are attracted to him because of the darkness in his heart. He fights these demons using a massive sword called the Dragonslayer.

Griffith is the leader of the Band of the Hawk, and Guts’ closest friend. Griffith is an ambitious man, who dreams of ruling his own kingdom. He is willing to do whatever it takes to achieve his goals, including sacrificing his own men. Griffith is also lustful, and often sleeps with prostitutes. This ultimately leads to his downfall, as he contracts a disease that disfigures him.

Casca is another main character in Berserk. She is Griffith’s right-hand woman, and one of the few people who knows about his dark secret. Casca is fiercely loyal

The Plot of Berserk

Berserk is a Japanese manga series written and illustrated by Kentaro Miura. The story centers on the life of Guts, a mercenary warrior, as he embarks on a quest for revenge against the evil forces that have betrayed him.

The story of Berserk is one of the most brutal and darkly violent in all of manga. It features graphic scenes of death and bloodshed, as well as characters that are often driven by their primal instincts. The plot follows Guts as he makes his way through a world filled with demons, evil spirits, and other horrifying creatures. Along the way, he meets several allies who join him in his quest, including the beautiful elf woman Casca and the giant warrior Griffith. Together, they fight against impossible odds to achieve their goals.

While Berserk can be difficult to follow at times due to its complex plot and large cast of characters, it is ultimately an incredibly rewarding series that is widely considered to be one of the greatest manga ever created. If you are looking for a challenge, and are prepared for some truly nightmarish images, then Berserk is certainly worth checking out.

The Art of Berserk

Berserk is a dark and brutal manga that follows the story of Guts, a lone warrior on a quest for revenge. The artwork in Berserk is some of the most impressive and gruesome in all of manga. It captures the brutality of the story perfectly, and allows readers to fully immerse themselves in the world of Guts.

The art style of Berserk is unlike any other manga out there. It features incredibly detailed and realistic illustrations that make the violence and gore even more impactful. The mangaka, Kentaro Miura, is a master of his craft, and it shows in every panel. Every page is filled with beautiful (and sometimes disturbing) images that bring the story to life.

If you’re looking for a manga that will take you on an emotionally charged journey, then look no further than Berserk. The artwork will leave you breathless, and the story will stay with you long after you’ve finished reading it.

From the artwork to its unforgettable characters, Berserk is without a doubt one of the most beloved manga series in history. It’s intense story and emotional moments have captivated readers for decades, and it continues to be one of the best-selling manga around. We’ve highlighted just some of our favorite panels that capture the brutal essence of this classic manga series – we’re sure you’ll agree that they are truly unique pieces of art!

10 Ways To Make Your I Bomma Work

How Tall Is Joe Rogan And What Are His Measurements?