Asia is the most populous continent on the planet, with almost 4.6 billion people. Therefore, it should come as no surprise then that many of the most unusual and unique sporting competitions originate from its wonderfully diverse countries and regions.

Those looking for a unique experience in the sports arena need look no further than Asia, with countless remarkable shows on offer for sports tourists. Some look like contests seen around the world, while others alone are unprecedented challenges that dazzle the eyes and expand the imagination. The sport is trendy across the Asian continent, with many taking advantage of the different sports available. Asia has 40+ different nations, and online gambling laws vary in every country. We have listed all Asian bookies you can find online. Here are seven of the most unusual games that spectators will be able to applaud wildly on their next visit to Asia.

Prevailing in Southeast Asia and India, Kabaddi is often referred to as an Asian version of the tag. It is trendy all over Asia and is rapidly gaining popularity worldwide. Teamwork is crucial when playing this game. Actually, the word “Kabaddi” derives from a Tamil word meaning “to hold hands.”

The competitions last 40 minutes and pit 2 teams of seven against each other, outdo their opponents by taking them out with a raid or tackle. A charge involves entering the enemy area and hitting a player before returning without being tackled or trapped.

The team, which accumulates the most points or scores within the allotted time, is declared the winner. The sport has grown so huge that there is now a World Cup with 16 countries on the guest list.

This variation of the game polo is played on horseback, Mostly in Central Asia and Afghanistan. It contains one significant and alarming difference: instead of using a ball, the sport calls for the use of a goat carcass. The main object of the sport is to carry the corpse and drop it in a scoring area on the other team’s half-court.

Banned under the Taliban, Buzkashi has seen a revival in recent years. The Afghan Olympic Federation has set out the official rules to be followed, a big step in legitimizing the game. Maybe not for animal lovers. It’s a game steeped in tradition and it is unlikely that he will be forced into hiding again anytime soon.

This ancient form of wrestling originated in Uzbekistan. Many historians claim it dates back hundreds or thousands of years, initially serving as a training method for the 14th-century warlord Amir Timur soldiers. 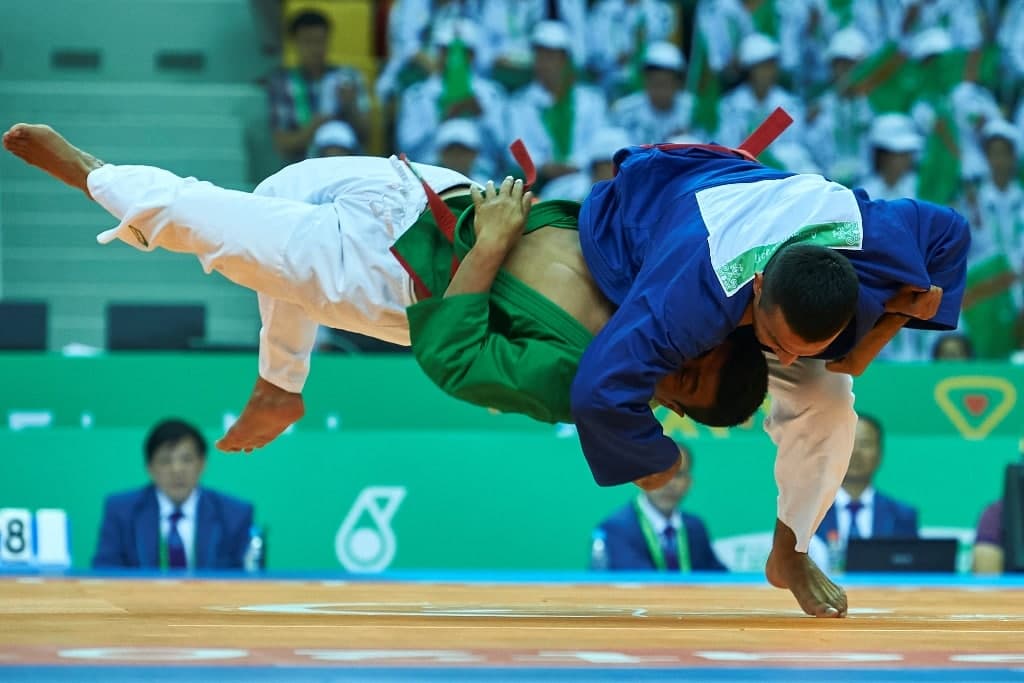 Like the Japanese sport of sumo wrestling, Kurash pays great attention and respect to strength and endurance. Participants use towels to restrain their opponent and fights end when a fighter is thrown or forced onto their backs.

While this may only be due to Japan, baseball has become incredibly popular. It is so popular that it is considered a national sport and challenges America’s world-famous competition of Major League Baseball (MLB).

The Nippon Professional Baseball league is considered one of the best globally. At the same time, the Japanese take it seriously at all levels, professionals and amateurs alike, with thousands of players or participants and millions of people watching the matches on TV.

Olympics such as badminton and table tennis has become incredibly popular with sports fans in Asia, although this may be due to their historical roots.

Table tennis was the only sport played in China for several years, and it quickly became a popular sport because it was inexpensive to play and relatively easy to follow. It is believed that over 300 million Chinese attended the Olympic gold medal match in men’s singles, which featured two Chinese players.

When we talk about Asia, let us not forget that there is also South Asia to consider and the sport of cricket. The sport is trendy in India, Pakistan, Sri Lanka, Bangladesh, and Afghanistan.

Matches between India and Pakistan are among the most heated rivalries and can produce some of the best cricket action to see. Millions of people around the country continue to watch these clashes, while the emergence of the Indian Premier League (IPL) and Pakistani Super League should underline just how popular the sport is in the region.

Badminton can be considered a traditionally English sport (it is named after the small rural badminton village in South West England). Still, it is extremely popular throughout South East Asia.

The sport is growing in popularity thanks to the success of many Asian badminton players in international competitions such as the Olympics. This has led to the adoption of the sport by people living across South East Asia. Therefore, visitors can expect to see it playing in many of the area’s parks and sports centers.

11 PURPOSES BEHIND RECRUITING A DISSERTATION WRITING SERVICE IN UK

10 Things to Know About DAREZ DIGGS